BUTTERSCOTCH
The idea comes from the novel The Invisible Man, written in 1881 by H.G.Wells. It’s about a scientist reaching for fame and glory who finds a way to become invisible. From that moment on, he faces several problems due to his new condition apparently irreversible. Manara assumes that among the things that an invisible man can do there are some sexy acts, such as spying the loved woman, touching young unaware girls (to undress them among other people or similar jokes) up to sexual harassment. This happens especially in the first story of the book, which is more joyful and funny; it’s created by request of the French magazine Écho des Savanes published by Albin Michel which also successfully published Click. It is in Butterscotch in fact that Honey debuts, Manara’s most famous female character who will also appear in other stories. 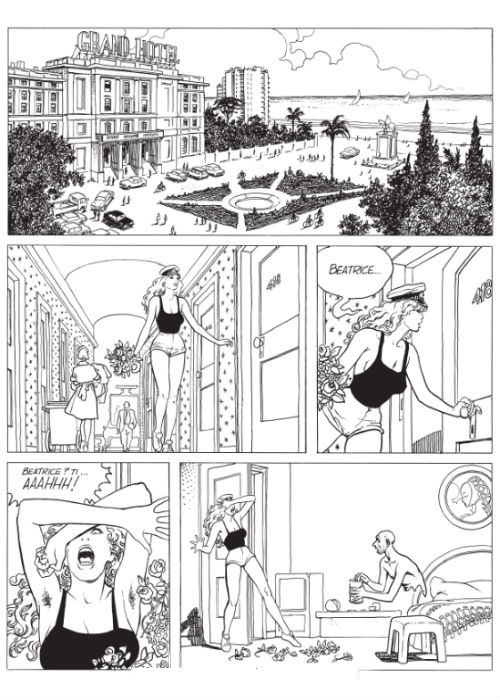 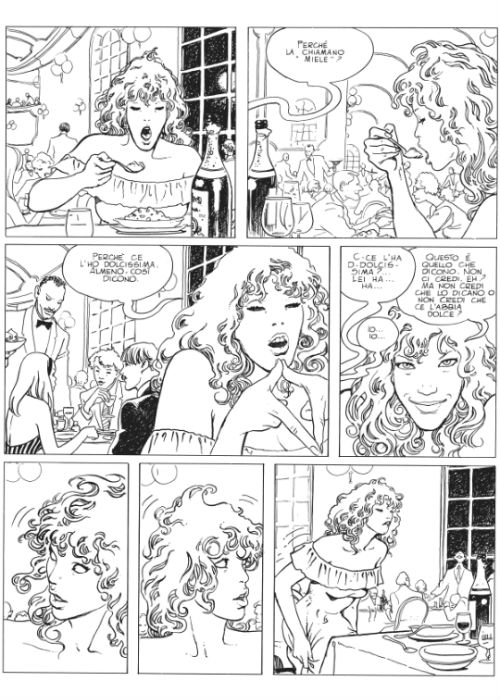 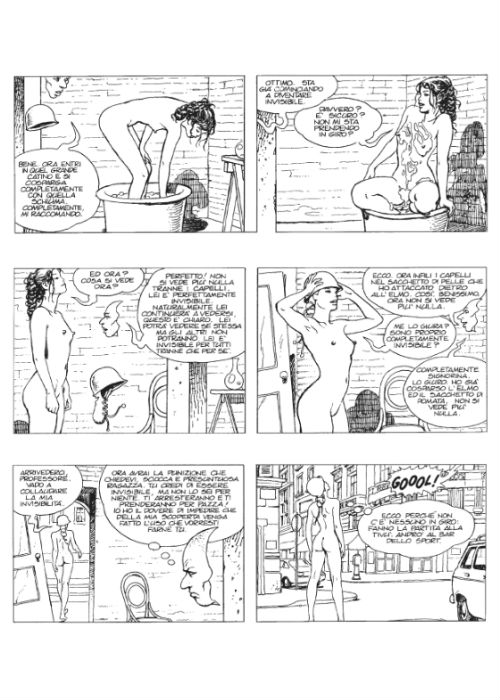 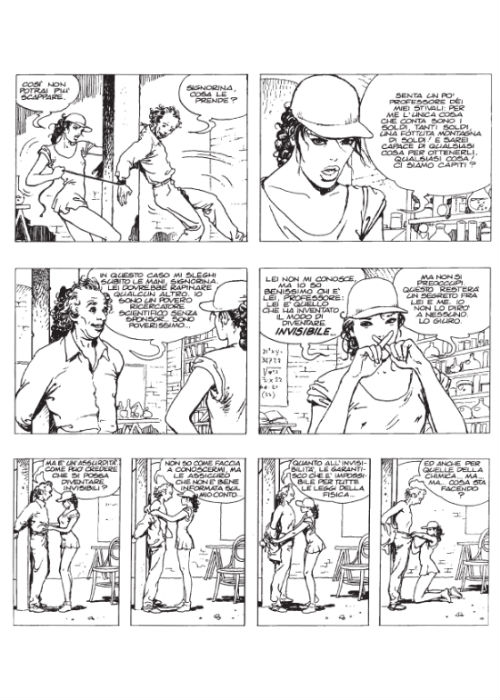 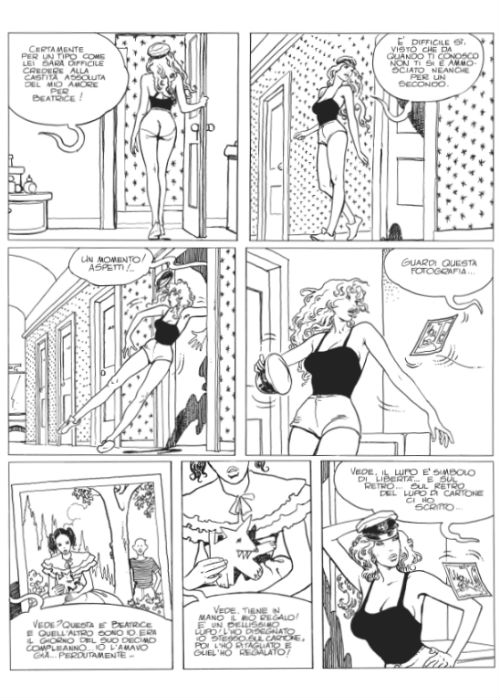