MOZART
In 2005, the Mozart Italy Association, as part of the celebrations for the 250th anniversary of the birth of the great composer from Salzburg, commissioned Milo Manara to create a series of illustrations about the famous Mozart-Da Ponte trilogy (“Don Giovanni”, “Così fan tutte”, “Le nozze di Figaro”), whose topics turned out to be perfect for the Veronese artist's pen. The project, titled “Pentiti!”, supplemented by the texts of Professor Rudolph Angermueller, Secretary General of the “Internationale Stiftung Mozarteum” in Salzburg, saw the light through a book and a portfolio; the book will be published in German by Rudolph Angermueller, in French by Geneviève Geffray, translator of the letters of WA Mozart for the Flammarion of Paris, and in English by Elisabeth Martimer. 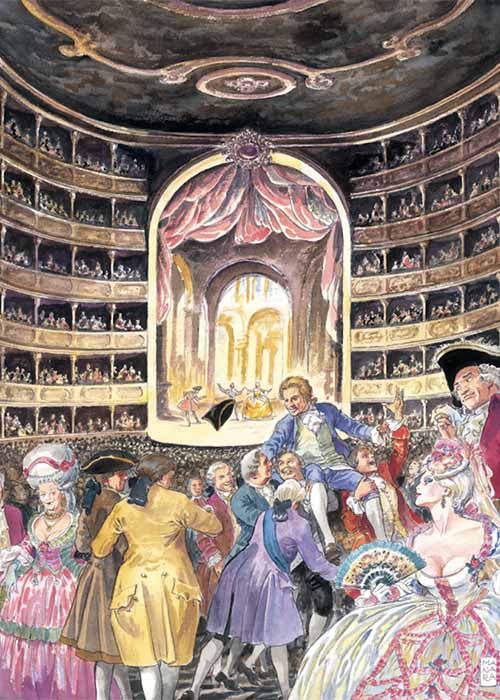 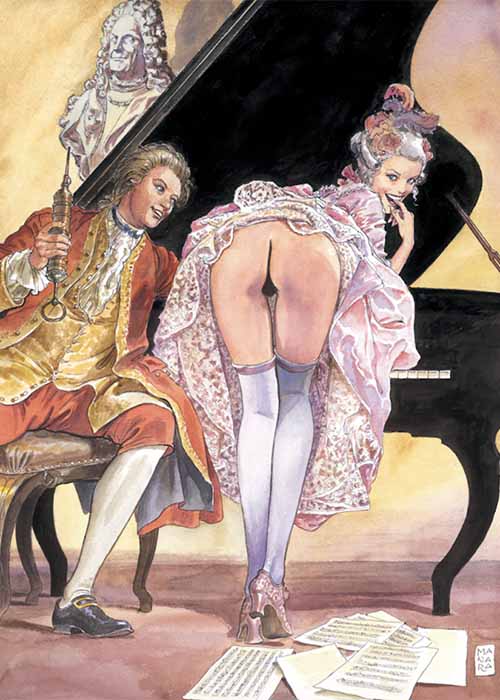 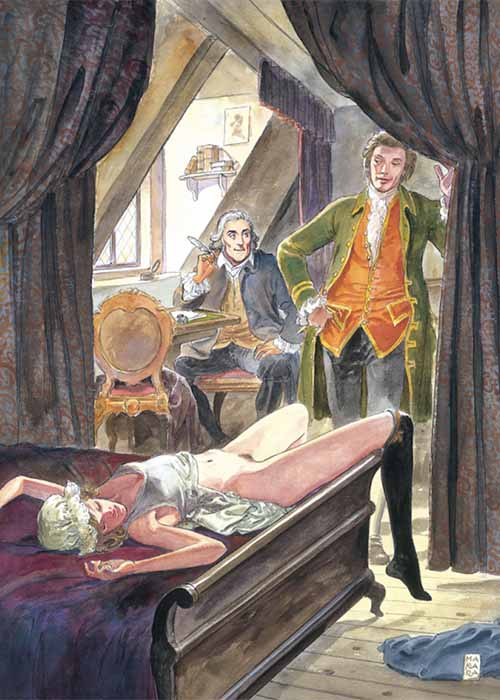