GIUSEPPE BERGMAN
The character of Giuseppe Bergman shows up in An author in search of six characters and in Dies irae, both identified as The African Adventures of Giuseppe Bergman, usually published as a single adventure. Several people believe these are the most beautiful stories on the character: two original gems, impeccably drawn, rich of humour, adventure and eroticism. Manara demonstrates an overwhelming desire to narrate, to entertain but also to reflect and he leads the reader in an undiscovered Africa, which destroys all our prejudices on the dark continent. He keeps using meta-narrative standings and winks to the reader, such as the quote for the famous pièce by Luigi Pirandello. The stories are firstly published on Totem magazine and then they are collected in volumes published for Edizioni Nuova Frontiera. 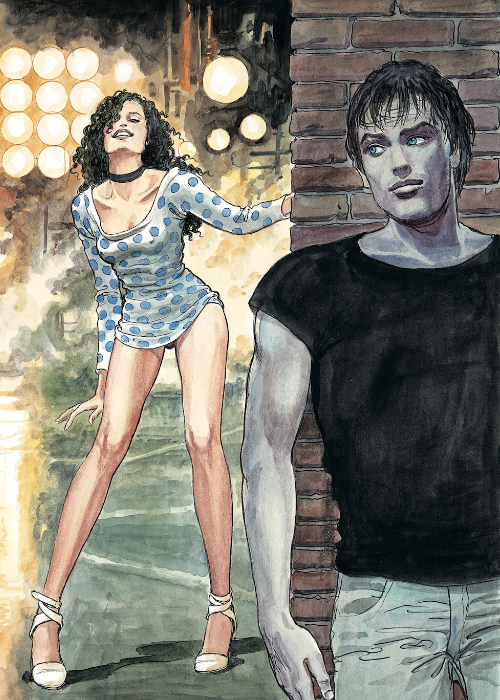 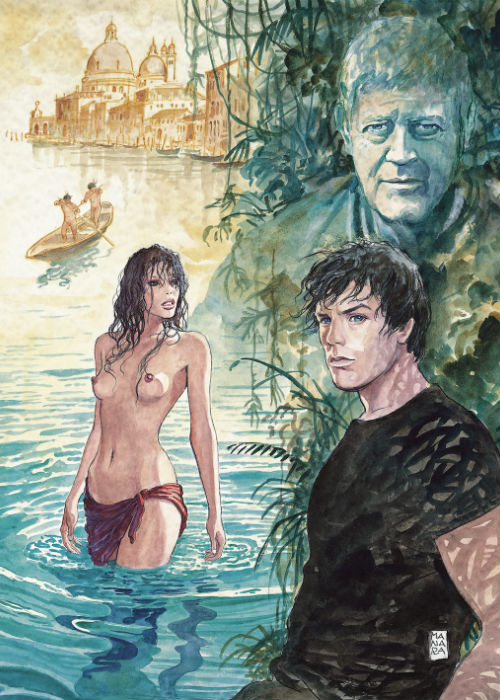 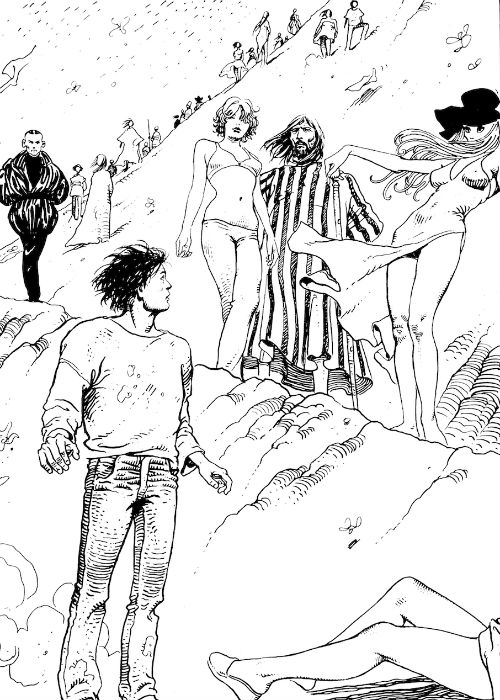