FELLINI
The year 1987 marked the beginning of a collaboration with Federico Fellini, thanks to the journalist and mutual friend Vincenzo Mollica who had them meet some time before. The great maestro from Rimini, to whom Manara had dedicated a short story, “Senza Titolo”, had been a great inspiration for Milo, especially with 8½. Following their meeting, Fellini asks him to create the illustrations for a screenplay published in Corriere della Sera, entitled “Viaggio a Tulum”, which will later become a comic book. With Fellini the collaboration continued with “Il viaggio di G. Mastorna detto Fernet”, which was set to appear in episodes in the magazine “Il Grifo”, published by Mollica himself. The first story was issued in n.15 in the summer of 1992 and was unfortunately canceled. In this gallery there are only some of the illustrations that Manara dedicated to his relationship with the director and his films. 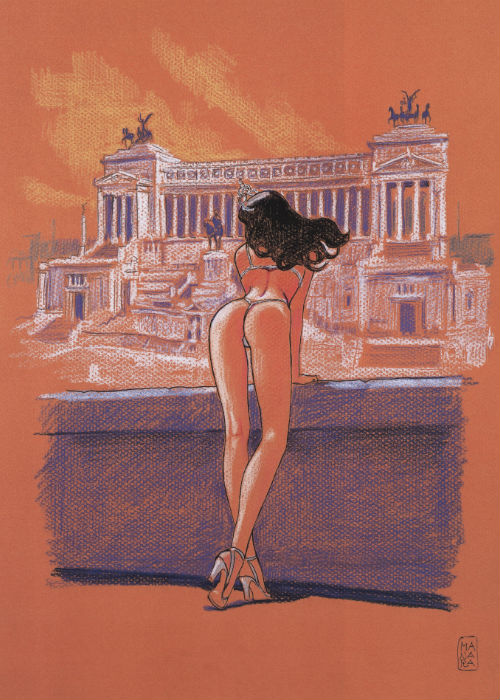 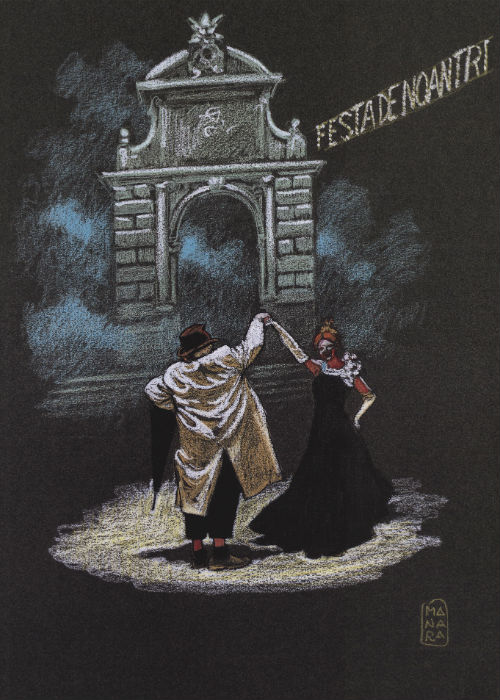 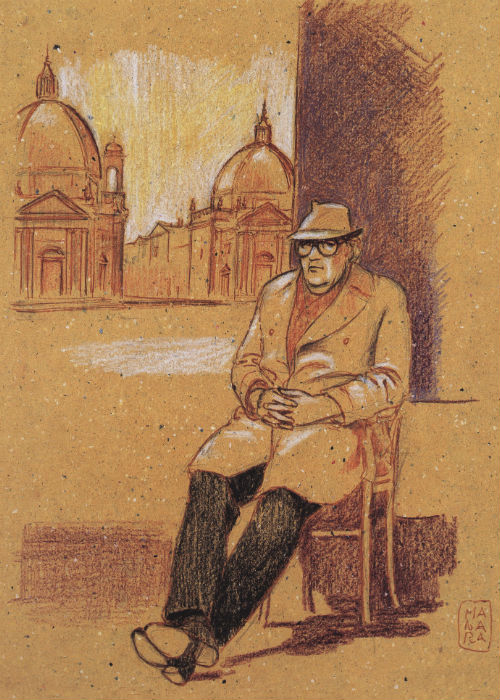 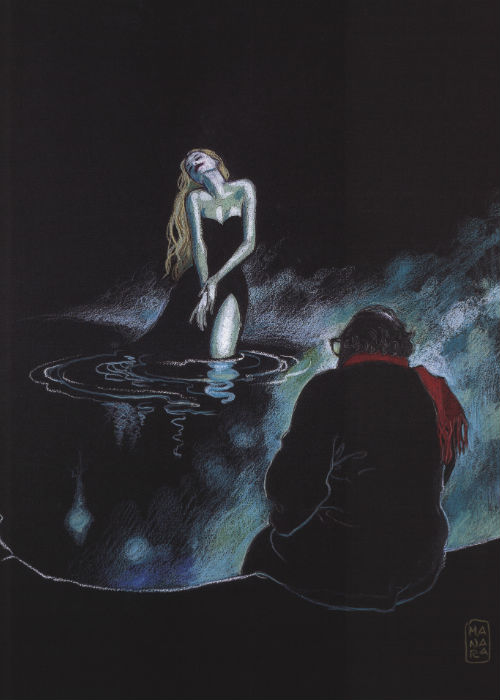