EL GAUCHO
In 1991 Manara and Pratt work on a new historical adventure published on Il Grifo magazine, directed by Vincenzo Mollica. El Gaucho, set in the early 19th century in Argentina, is a story about some events concerning the English navy stationed in Buenos Aires and a floating brothel filled with girls destined to entertain the officers. The main female character is Molly Malone and the story is told from the point of view of an old man who remembers his youth. 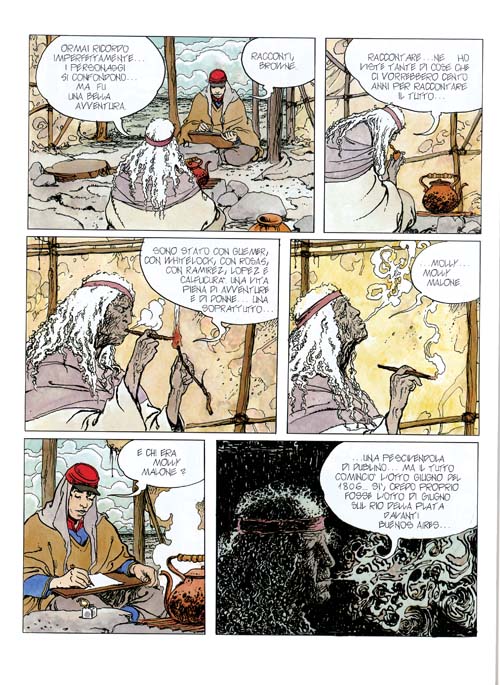 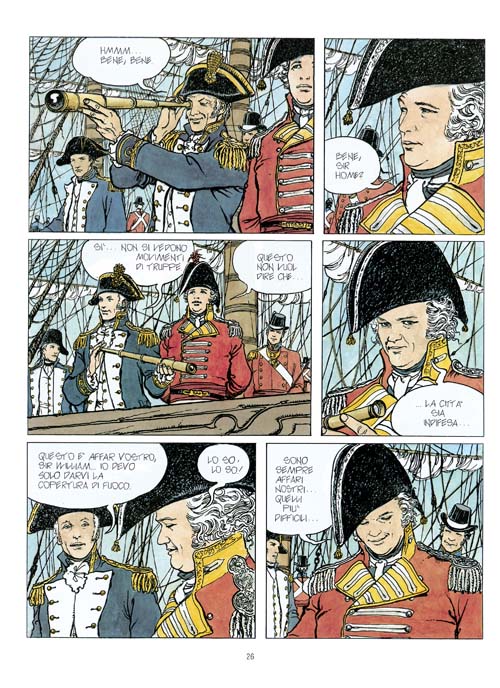 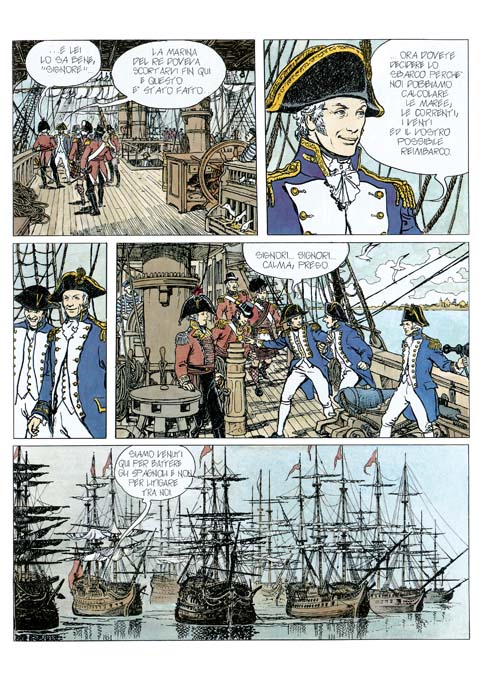 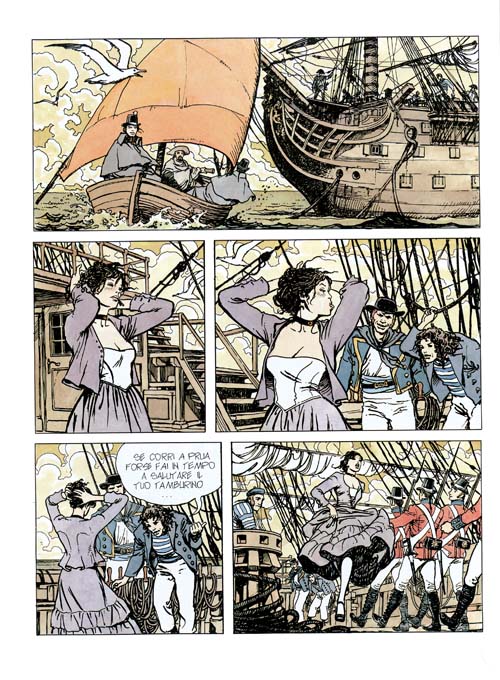 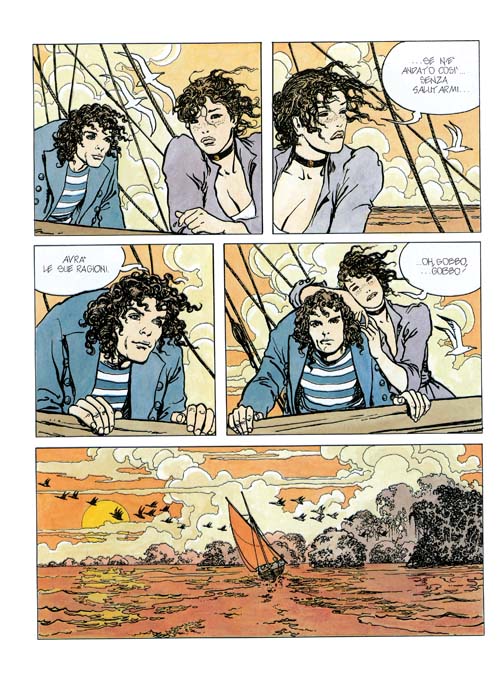