BRIGITTE BARDOT
The Veronese artist has worked for more than a year on the realization of 25 watercolor illustrations dedicated to the legendary Brigitte Bardot. When Manara was called to create the series, he rediscovered the exciting feeling that, as a young author, he felt every time he tackled a new project: the desire to do well, but in this case also the fear of disappointing the subject concerned, who for Manara, as for the majority of the men of his generation, was a more than mythical character. Moreover, it had been more than 40 years, since 1968, when sculptor Aslan had portrayed her in Marianne, that Brigitte Bardot last gave permission to be represented by artists. With great devotion and attention, Manara has therefore started the operation that has seen him work for more than a year on 25 large format watercolor pieces showing BB in iconic situations that have left a mark in the imagination of entire generations. The 25 watercolor illustrations were signed on the back by the former actress, who also incorporated in each drawing her most personal symbol, a "seven-petal daisy". 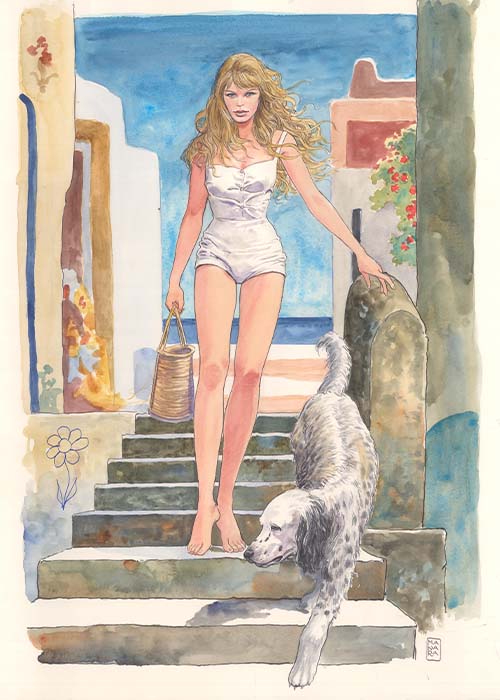 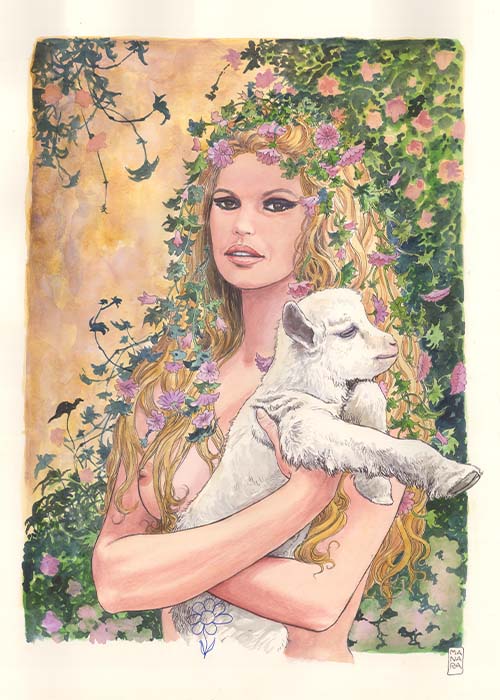 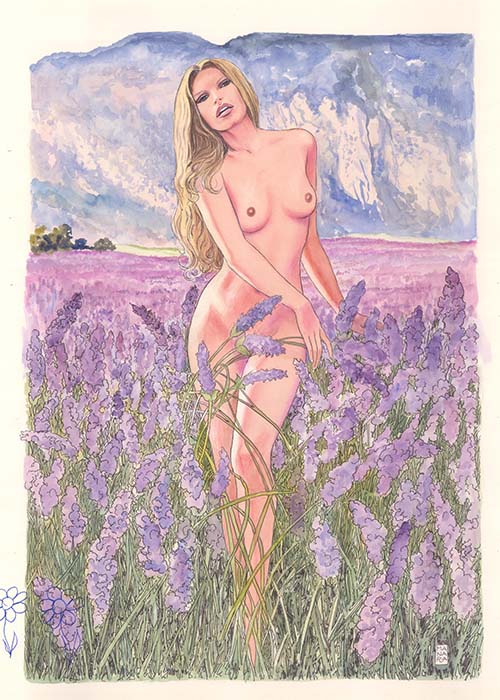